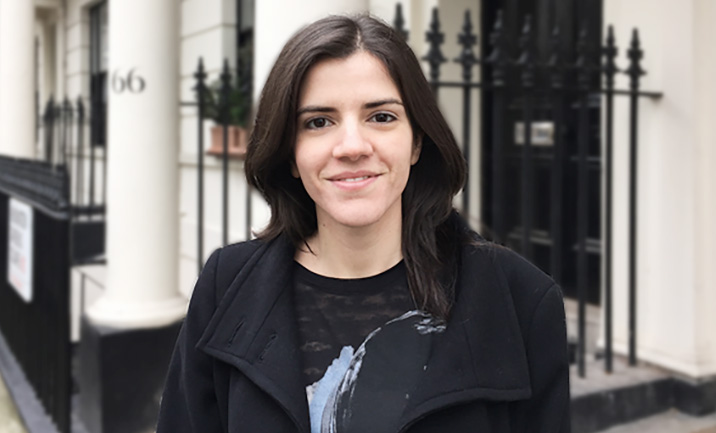 I started to work as a web developer about 2 years ago. I studied Physics and began working for a tyre company right after my degree. It was during this period that I approached web development" mostly I was curious, I could not figure out how the web worked and which technology was behind it, so I decided to give it a shot! I started making a lot of research, attending online courses, reading books.

Almost at the same time, I started to collaborate on some web design projects. They weren't paid jobs, but I had the chance to put myself to the test!

That period was totally crazy: I found myself coming home after my 'day work' and playing with the last technique I had discovered, or waking up at night with a new idea to solve the bug found the night before. I realised I had finally found something that really intrigued me: that was when I decided to quit my job and start a new career.

The first months were study-only, there was so much I wanted to understand and learn and I wasn't ready for clients yet. After that period, my partner and I founded Amber Creative Lab. That passion turned into a real job!

I was kind of lucky with my first clients: I still remember the evening one of them contacted me to say he had decided to pay an extra bonus because he was too happy with the job done. That really helped me increasing my confidence, I think I still owe him!

But the real game changer was starting a side project: we were searching for a way to promote our web agency and showing what we were able to do, and that's how CodyHouse was born.

At the beginning I was scared, I wasn't sure I had the knowledge and expertise to create resources for other web developers. I was worried about negative feedback. I wasn't really good at handling criticism, but exposing myself was the best choice to face and solve the problem. Besides, it gave me the chance to improve my skills and, mostly, experiment without constraints (which is something you can hardly do while working with clients). It's an everyday challenge, and I love it!

« Back to Design Stories 2: Defining Moments In My Career