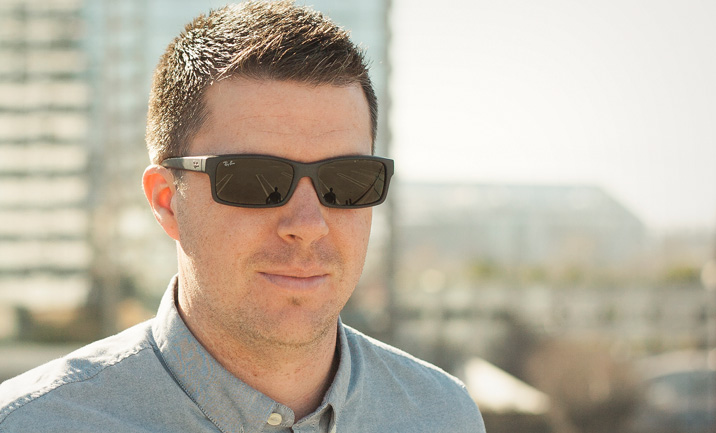 I originally got into design by way of film. I went to college in Portland to study film production and had no interest or knowledge of design at that point. Because the film program at the university I was attending was in its infancy, there were no internships or placement programs setup, so I reached a point where I needed to either move to LA or stay in Portland and figure something else out. I found that I kept gravitating towards what I had learned in a motion graphics course I had taken in school and began to learn After Effects by following tutorials. Over time this sparked an interest in applying motion to design, which was the segue into interactive for me. Since I was young, I have always loved thinking creatively and telling stories, so film was actually the catalyst for my pursuit and eventual love for design.

Throughout my career, I learned by doing, so I would essentially work on personal projects to try and learn the programs and also focus on the type of work that I wanted to be doing. Once I felt fairly comfortable working in After Effects, I posted several motion explorations (all personal projects) and finally got my first paid project where I was tasked with creating a kinetic typography video. Based entirely on this video, I was offered a position at an ad agency, which provided the opportunity to learn Photoshop and Illustrator. From there, I began to work on personal web and interactive projects in my free time, which then led to a freelance position with one of my favorite design studios in Portland, Instrument.

I love what I do and feel extremely fortunate to be designing for a living. But I also have a somewhat constant desire to do something physically creative with my hands. There's a dichotomy to my dreams, one where I continue designing, another where I open a coffee shop in a small town on the West Coast. I guess we'll see where I end up in a couple years.

« Back to Design Stories 1: How I Got Into Design & Why