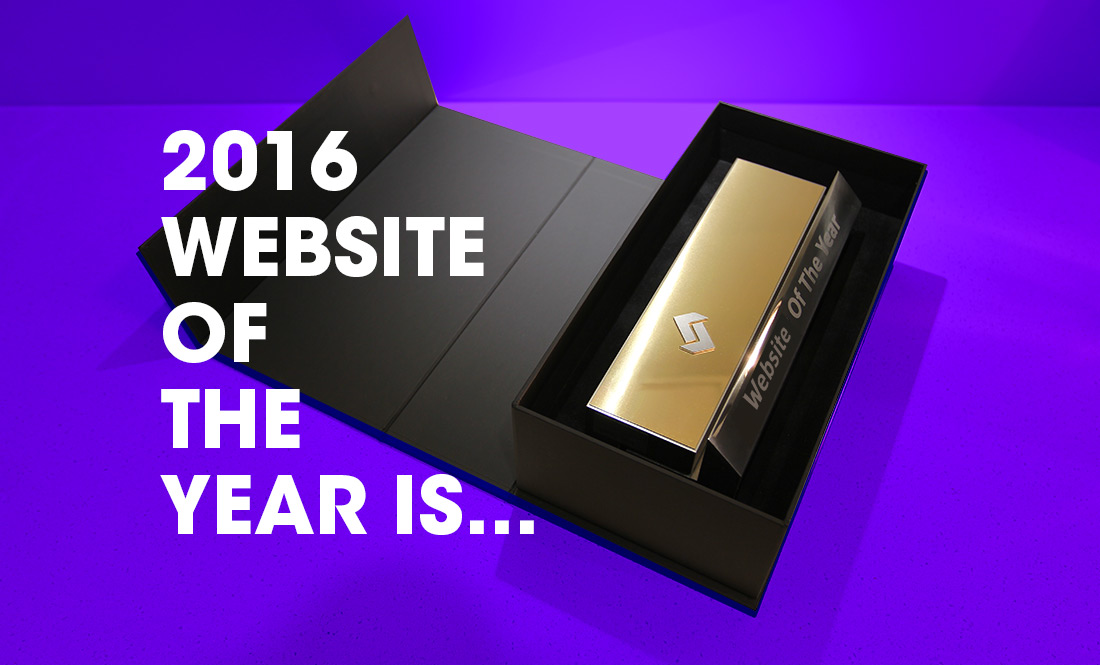 We thought WOTY 2015 was big but this year thanks to DUNCKELFELD, Mikha Makhoul, Cables and our amazing judges, WOTY 2016 was off the chart! To kick things off, the WOTY 2016 site received a massive response from all corners of the Earth, proving the value of great collaborations. Combine this with astounding site designs and super talented peeps and you’ve got a recipe for success that exceeded all expectations.

Deconstructing WOTY 2016 ~ what have we learned?

This year passed by like a tropical storm of pure creativity. It was a fast and furious affair that saw no lapse in the level of genius out there thanks to the continual evolution of web design and dev. Colors became richer with black making a welcome comeback, simplism made its mark, illustration matured, interactivity was greater and more integral, and all were topped off with generous page transitions and simply gorgeous visual ideas. New technologies like WebGL were used intelligently rather than being a clunky afterthought and VR has begun its climb to the top of trend-lists. To sum it up in one word, we'd say that 2016 was the year that digital became truly beautiful.

Experiential design is here to stay with many sites of 2016 demonstrating more app like qualities regardless of the tech used. While some sites relied on SPA (single page application) methodologies, others stuck to the tried and true core of HTML/CSS/JS with some interesting developments in-between. Frameworks were utilized seamlessly and underpinning all sites was a far greater understanding of UX from a "real world" user point of view. Gone are the days when a user hits the site, scratched his/her head and exits promptly and the myth of little Johnny from next door being able to do "freebies" for your clients has long-since been put to rest.

Todays designers and developers have finally mastered the "art of web design" with all aspects of a site working together to create unforgettable experiences. Like the great magicians of old, agencies and freelancers are producing experiential wonderment that captures the user like an academy award winning film. Like their Hollywood counterparts, creative directors are fast becoming idols of the advertising world and team members are being cast in specific roles. No longer do digital creatives need to be a "jack of all trades" and employers are no longer advertising jobs like "Front-end developer wanted with expert UI skills, back-end programming experience and a complete understanding of node.js, php, mysql plus an expert knowledge of all popular frameworks"! Specialization is worth its weight in gold.

Thankfully the adage "less is more" is no longer a fanciful comment used as an excuse for a lack of ideas or to simply to impress members of the board. It's become a commandment and a law upon itself that is revolutionizing the mobile experience which has finally overtaken the desktop across the board. Screen realty has become like royalty and needs to be treated with respect and purpose. Calls to action have become invisible, options for users have become cut to the bone and even the once nightmare IE scenario has finally bit the big one (thank you Microsoft - finally!). Devices have more power and speed and well crafted sites have become as necessary to commerce as the mighty dollar itself affording a sense of security for digitally minded folk.

If we were to stamp 2016 with indelible ink, we'd say it was the year that digital blew all other communication mediums into the history books along with fossil fuels, political naivety and television (what's that?). In a way we've only just begun now that all the pieces of the puzzle have come together. The dawning of the digital era has become as bright as the mid-day sun and new challenges such as finding the best uses for VR will be facing designers in 2017. You amazing people have crafted this binary world. We are humbled by your dedication to the craft and celebrate your amazing works of digital art. It's time to raise your glass and pat each other on the back for another fantastic year. Thank you!

Last year we introduced the industry's first Web Industry Awards as our way to say thanks to those that make our digital lives better. Many of the recipients hardly need to be mentioned but we are going to recognize them anyway! We have some industry favorites that again have demonstrated their immense value to all in this field. Please join us in a round of applause for their tireless efforts and consistency of quality. 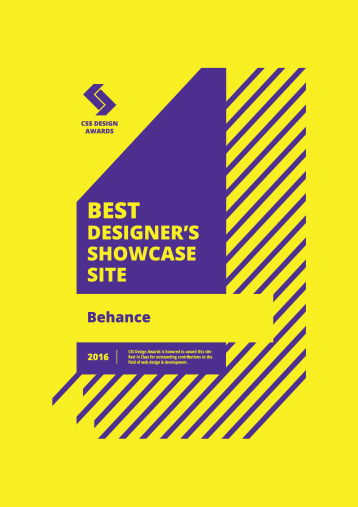 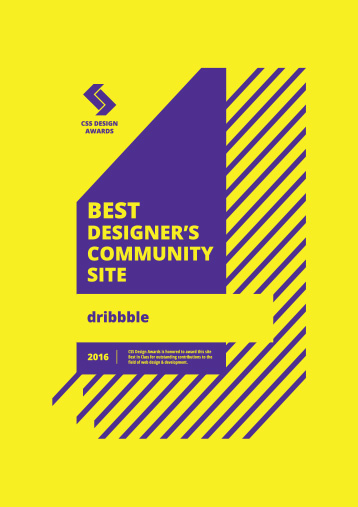 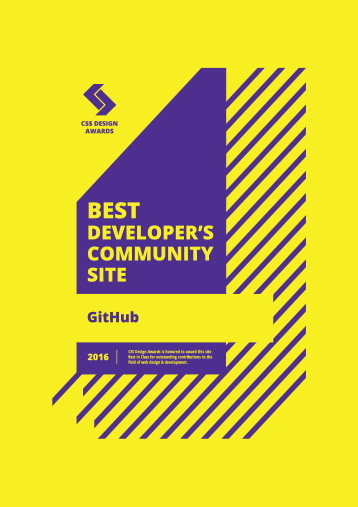 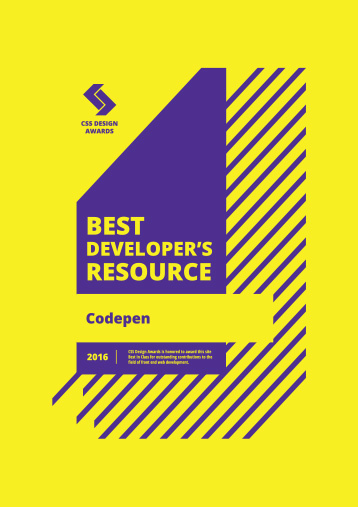 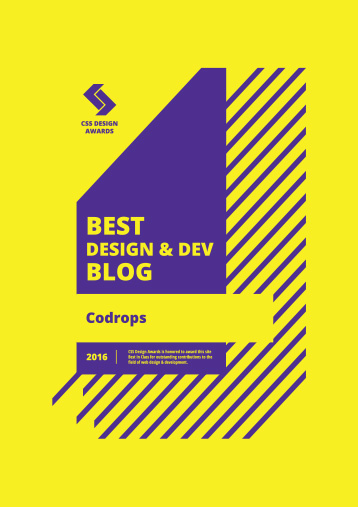 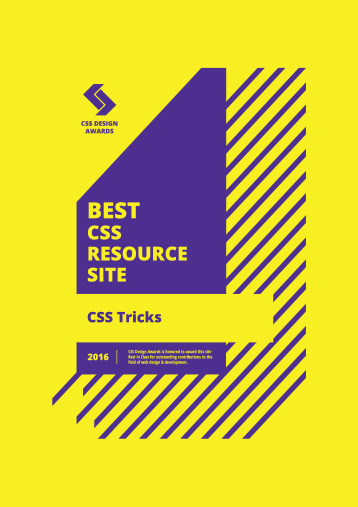 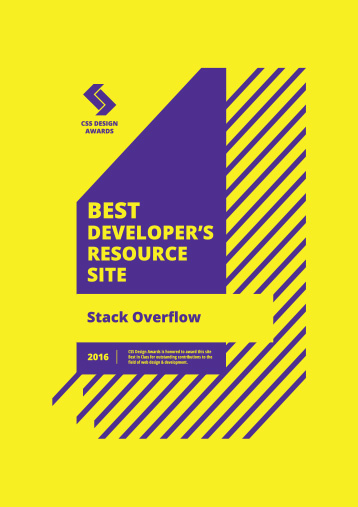 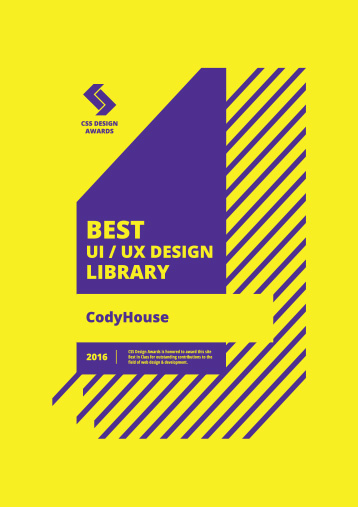 Special thanks to our collaborators and judges!

2016 was a seriously huge year for CSSDA with our new book GREATEST CL/CKS 2010 - 2016, new WOTY 2016 site and our new CSSDA site coming in 2017 - plus our certificates in 2015 and fantastic judging panel. On behalf of the founders and crew, a heartfelt thank you goes out to DUNCKELFELD, Mikha Makhoul, Cables, Apt, Tool, Indicius, Aerolab, Knock Inc, Lorenzo Bocchi, Gregor Adams, Admir Hadzic, Alexander Engzell, Antoine Wodniack, Estudio NK, Visual Soldiers, Codyhouse, David Khourshid, and Riccardo Marconato. Also a massive thanks to the entrants, judges, sponsors and fans for making WOTY 2016 a remarkable success!