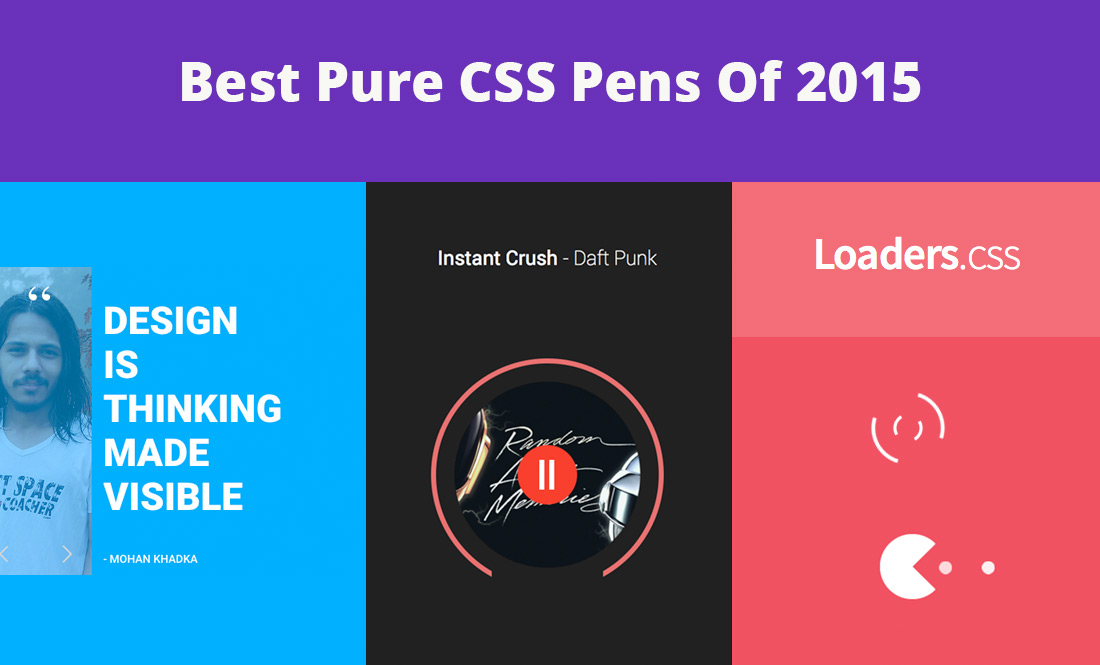 As 2015 draws to a close it's time to look back in awe at the advancements made with pure CSS by the very talented folks that frequent Codepen. We've added a couple of new ones to spice it up a little so kick back and enjoy the best pure CSS pens of 2015.