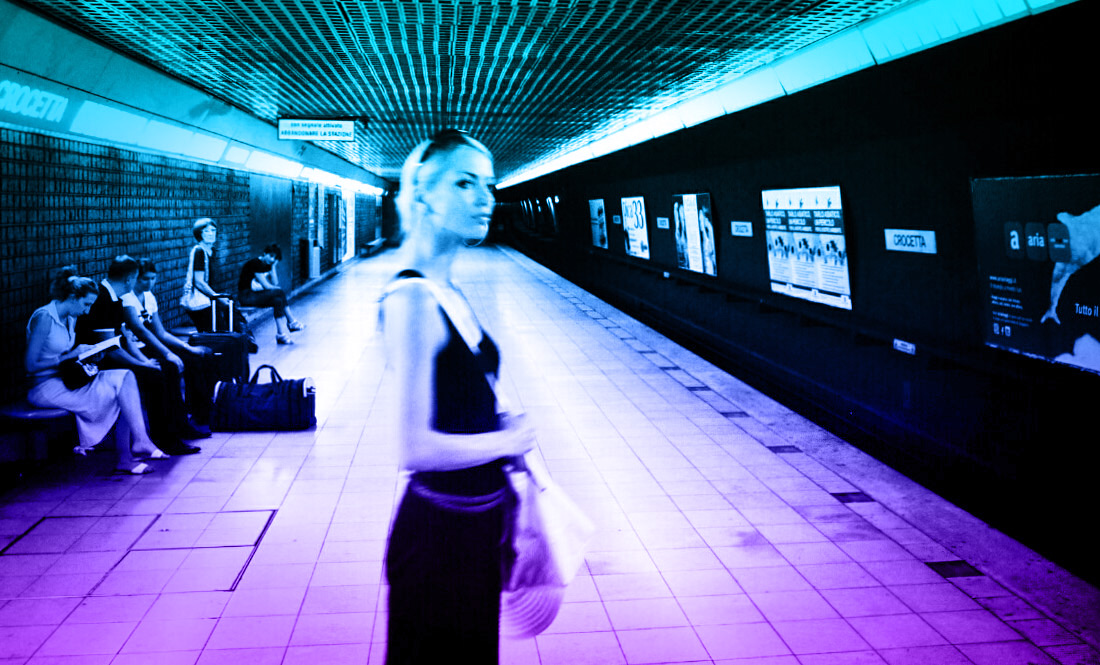 In this interview we talk to Ana Travas, a UX / UI Designer, CSSDA Judge and one half of the dynamic duo known as C2. Topics include Ana's career, the digital scene in Croatia and Ana's new super handy CSS animation library Animista.

Thinking back, what made you decide to choose a career in digital design and development?

I always had a thing for good design and an eye for detail. On the other hand I also loved technology and was particularly curious about computers. Web design combined these two together and spoke to both the designer and the geek in me, so it was a natural choice. It allowed me to express myself in a very creative way.

Are you self taught or did you undertake formal study?

I actually ended up getting an MD in tourist management. My parents ran a small BnB so I guess it made sense at the time. It wasn't something I was excited about, but got a diploma anyway.

I am completely self taught regarding everything digital. I think a lot of people in this field are, regardless of what formal education they have. There is a lot of pressure to stay up-to-date so we have to be flexible enough and learn new things all the time anyway. It can be challenging at times, but it sure never gets boring :)

How was the local digital design scene in Croatia during your early years in terms of courses available and local conferences? How is it today?

Wow, that was a long time ago, haha. There wasn't any digital design scene to speak of back then. Besides my partner Sergej, I didn't know many people who shared the same interest. The two of us were learning everything by staring at the CRT monitor waiting for the page to load on a modem connection. Google… sorry, AltaVista was our best friend :)

Things are very different today. There are many meet-ups and conferences in our neighbourhood as well as in Croatia. In fact, the Shift developer conference was held here just couple of weeks ago. In a way, it is lot easier to start. But then again, there is a lot more ground that needs to be covered.

Croatia has some exceptionally talented digital folk yet it remains humble compared to some of the more design-famous European countries. Did you ever consider relocating to a more design-centric country such as France, Italy or the UK?

Croatia is a small country with a just over four million people so it is hard to compare it with the design giants. Things here are definitely moving forward, although perhaps not as fast as many of us would like them to.

I stopped thinking in local terms a while ago and consider myself to be European. That said, Sergej and I did think about moving around for a couple of years. One of the perks of being a freelancer is location independence. Having established long-term partnerships has enabled us to travel and continue working as long as we have access to fast Internet.

What was your first web design and dev project and what did it teach you?

It was a project for a local real estate agency and although it was a fairly simple one compared to what we do now, I was hooked ever since. I learned a lot about the entire process of a creating a website, from designing to deploying it to a server.

I designed it in Fireworks which was still owned by Macromedia. CSS didn't exist back then, I had to use tables for layouts instead. Fun times!

Your award winning studio C2 is coming up to its eleventh year. What made you open your own studio?

It is basically Sergej and I. We freelance as independent contractors and do everything together as a couple, hence the name C2 – creative duo. We did run a company at some point, but there was too much bureaucracy involved. We had to think about million different things that had nothing to do with what we were set out to do.

So we decided to go the opposite direction and scale down instead. The freedom of being just the two of us enabled us to be more creative and focused. 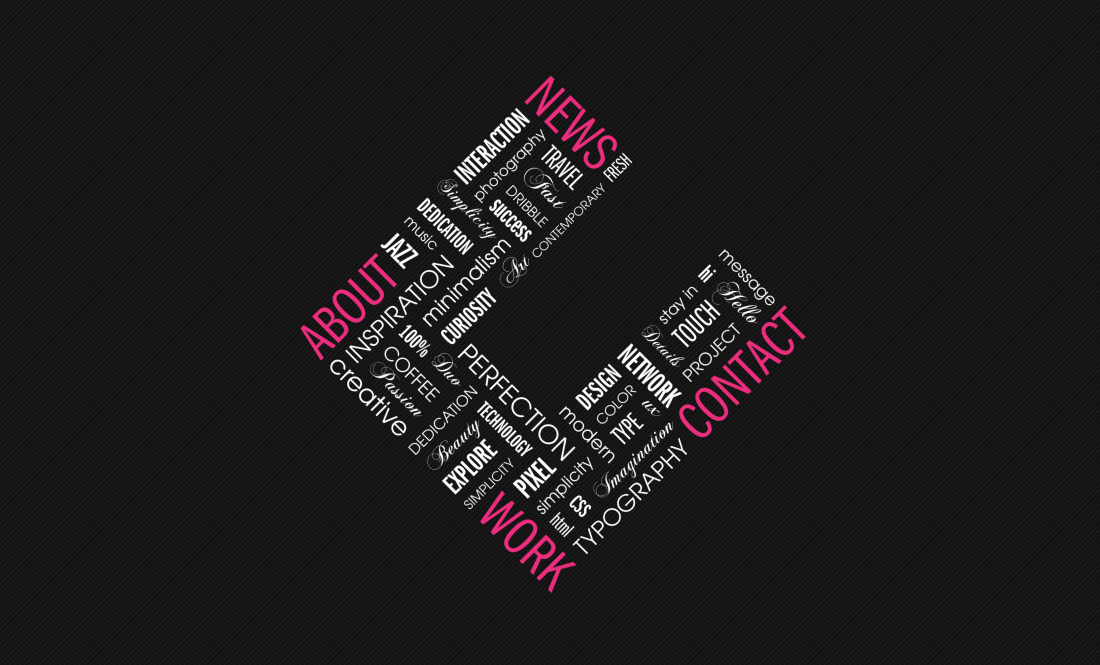 How did you meet your C2 partner Sergej Skrjanec and how did this meeting influence your career decisions?

We were very young and were both still in high school when we met.  Sergej was into computers as well and shared my passion for design so we started learning and creating things together. We become partners both personally and professionally some time after that. At the risk of sounding like a cliche, I would say that we complement each other in every way.

You are currently at Tribal in Spain as an Associate Front-End Dev. How different is this experience to running C2?

Well, working with digital agencies has been our MO for quite some time now. It is always exciting to be part of a larger team and collaborate with people with different skillsets. We rarely work directly with end-clients these days.

The downside is that most of the time we operate under strict NDAs and aren't always allowed to take credit for our work. It is something we are hoping to change in the future.

Tell us about Animista, what was the catalyst for creating it?

The web has changed a lot over the past few years. CSS animations and transitions have become powerful tools, especially now that browser compatibility is no longer an issue. If done well animations can enhance user experience and help better communicate an idea.

As we were increasingly working on projects that depended on CSS animations, I started collecting and organising them so I could reuse them later. Although having a CSS animation library was helpful, I thought that having a UI to help me better visualise those animations would be even better. A place where I could play with different options and immediately see the effect. That is when I started thinking about Animista.

I thought other designers and developers would also find it useful in their workflow so I decided to release Animista to the public. The response was incredibly positive, Animista even made the No.1 product of the day on Product Hunt :) It encouraged me and Sergej to continue working on other side-projects which have been sitting in a drawer for some time. 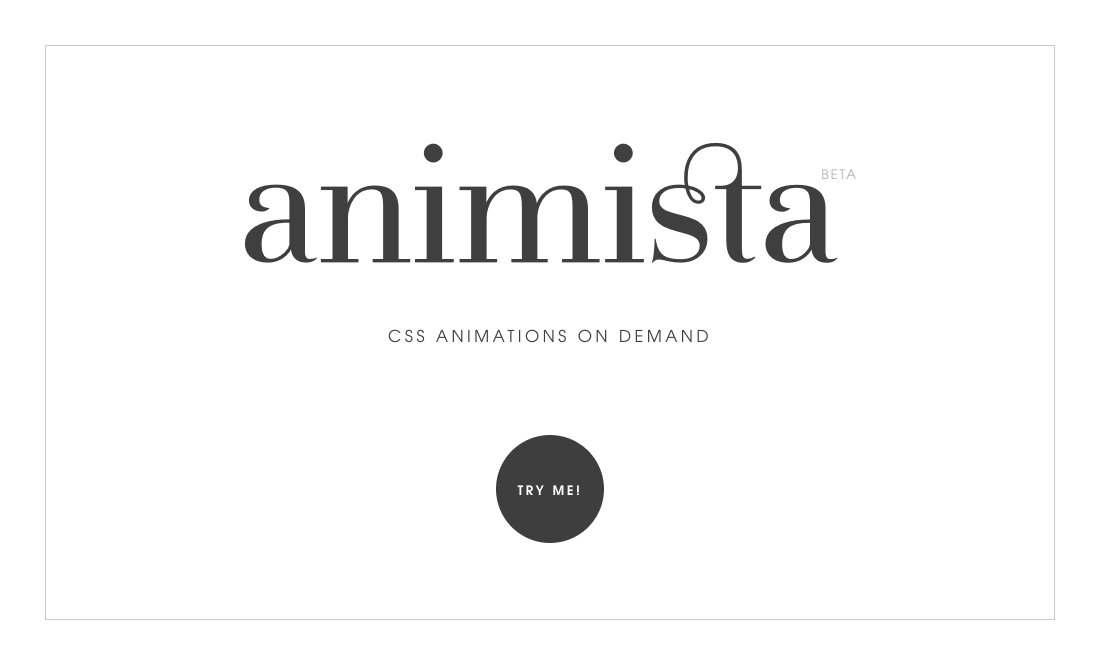 How long did it take to build Animista and what challenges did you overcome?

It is hard to say for sure. We were working on other projects concurrently, but I would say at least couple of months on and off. It is still not finished, it is a living project and there is always something new to add.

Perhaps the biggest challenge was the sheer number of animations. I struggled with naming and organising them into logical groups :)

Also, as the library grew it simply didn't make sense to download them all – I mean who in their right mind would include 5MB of animations in their project. My idea was to have the option to cherry pick only those animations that will actually be used. So we needed to come up with a solution that would address this.

Is your workspace meticulously ordered or chaotic?

My workspace is susceptible to my mood swings, hehe :) Sometimes it is neat and other times it is a complete mess. I like to call it a creative chaos. Lately I have been working outdoors and in coffee shops a lot, especially when working on frontend projects. It forces me to get up more often and to remember that I occasionally need to drink and eat :) 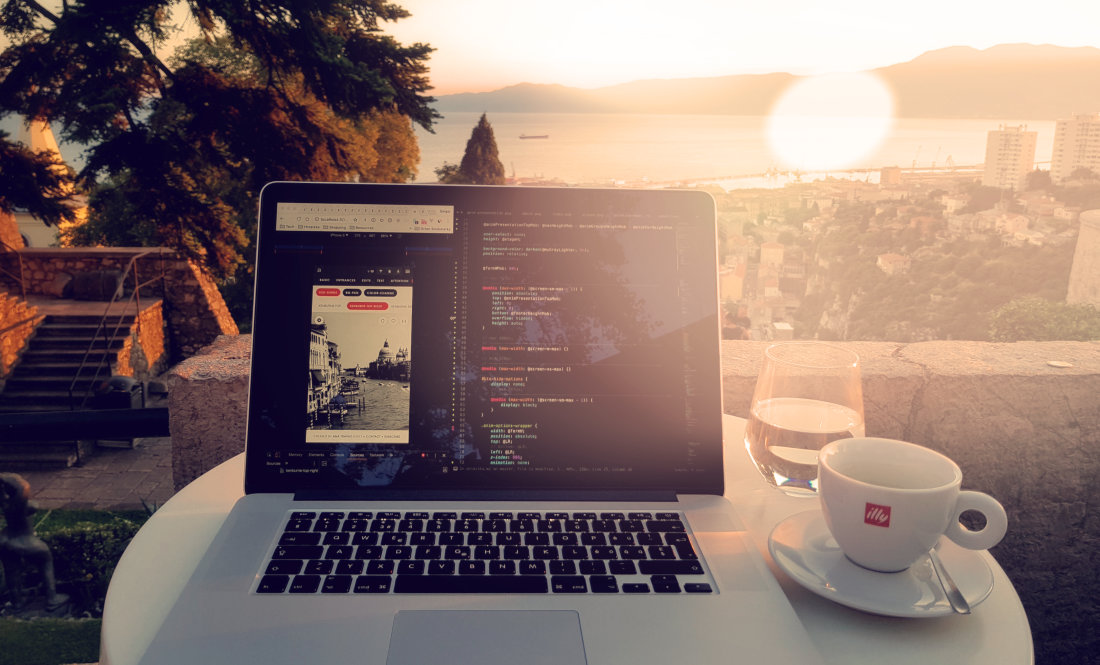 What do you do to let off steam when not working?

I like to travel whenever I can. Photography is my other passion so I often combine travel with photography. Sergej and I both occasionally indulge in binge-watching TV shows. In my defence, I also do Pilates to counter the effects.

Thanks so much for talking to us today. Any last comments?

Thank you for having me. I hope some of your readers will do something cool using Animista animations!

Many thanks to Ana Travas for giving us a glimpse into her world. We hope this interview helped inspire you and be sure to check out Animista!