Into the Arctic | Greenpeace 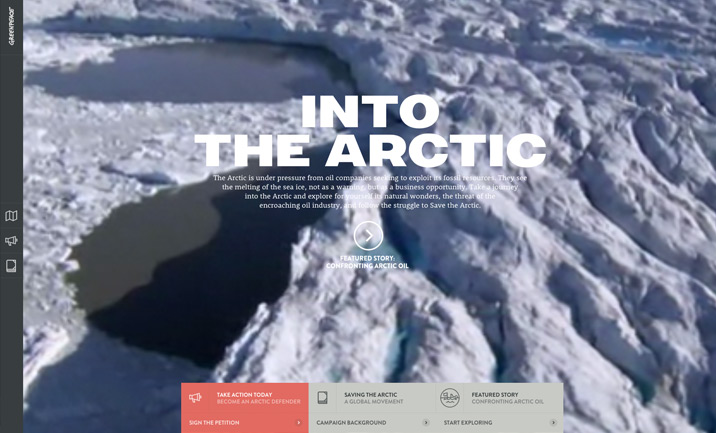 Take a journey into the Arctic and explore for yourself its natural wonders, the threat of the encroaching oil industry, and follow the struggle to Save the Arctic. The Arctic is under pressure from oil companies seeking to exploit its fossil resources. They see the melting of the sea ice, not as a warning, but as a business opportunity.

The Cost of Carbon 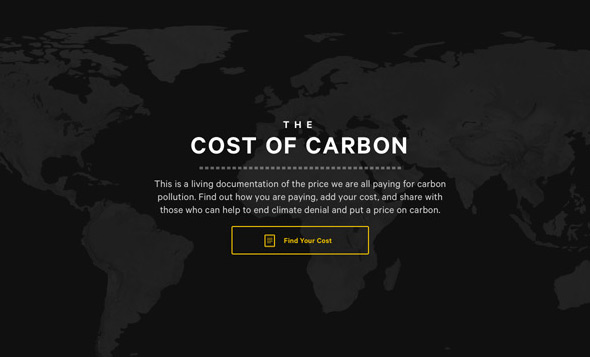 The Cost of Carbon is a living documentation of the price we are all paying for carbon pollution. 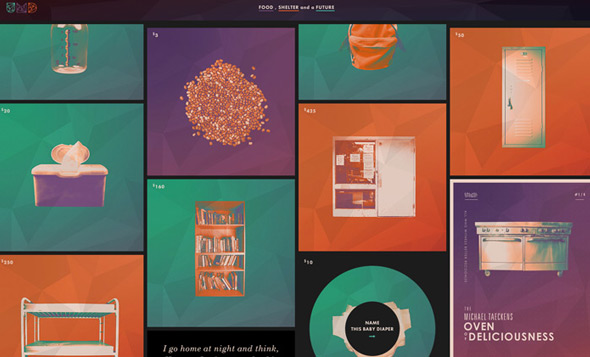 UMD is selling the naming rights to all of the items that connect their clients to food, shelter and a future. 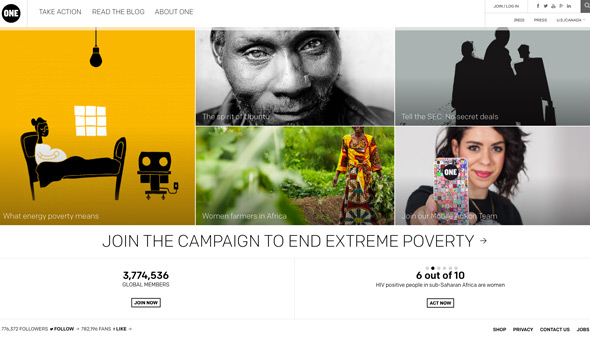 ONE is a grassroots campaign of more than 3 million people committed to the fight against extreme poverty and preventable diseases. 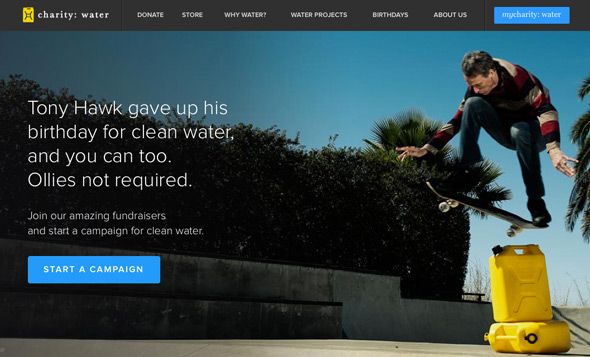 By Made With Love In New York City 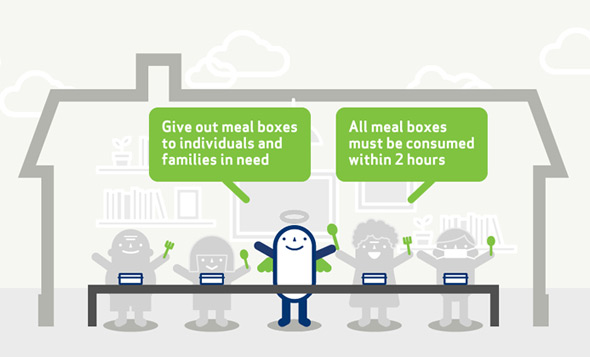 Food Angel is a food rescue and assistance program in Hong Kong.

Head & Shoulders Has A Dirty Secret 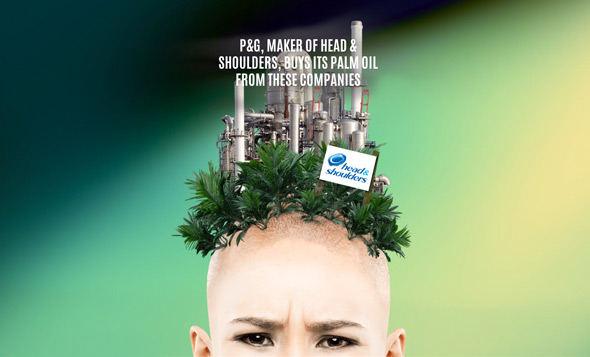 Wiping away tiger homes every time I wash my hair? Not for me, thanks. Head & Shoulders needs to stop bringing rainforest destruction into my shower. They can and must protect paradise. 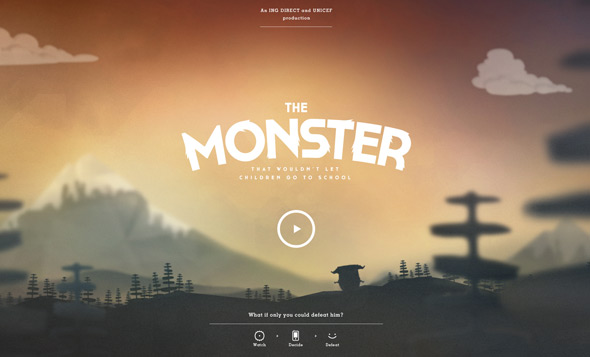 'The monster that wouldn’t let children go to school' is both a website and an interactive short film in which, if you want, you can play a main role. 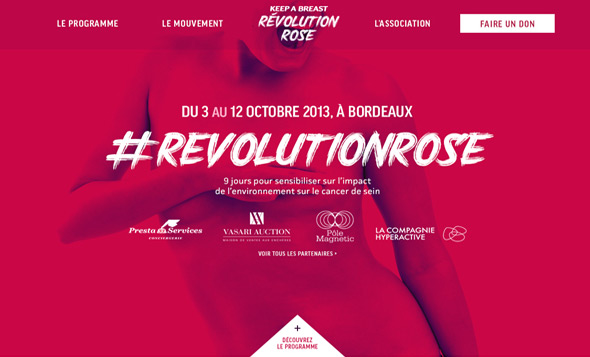 Révolution Rose is the international campaign to raise awareness of breast cancer. 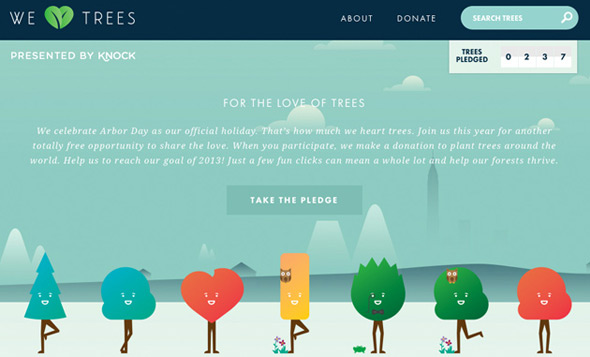 Design your own virtual tree and pledge to be more conscious of your paper usage. 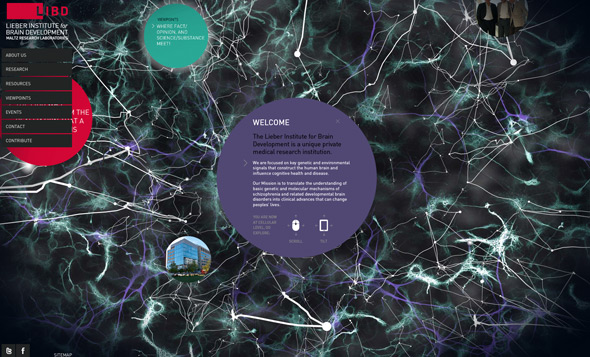 Focused on understanding the neurodevelopmental origins of schizophrenia and related psychiatric disorders and translating this understanding into improved treatments that change the lives of affected individuals. 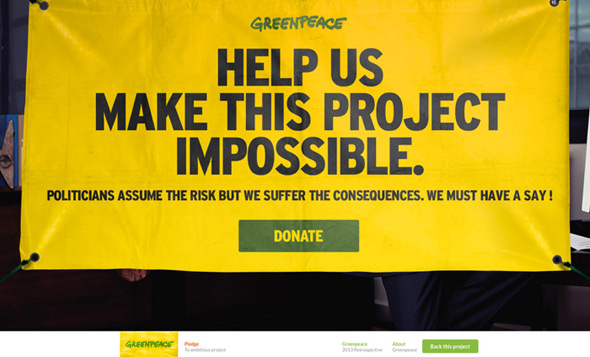 Life in My Shoes 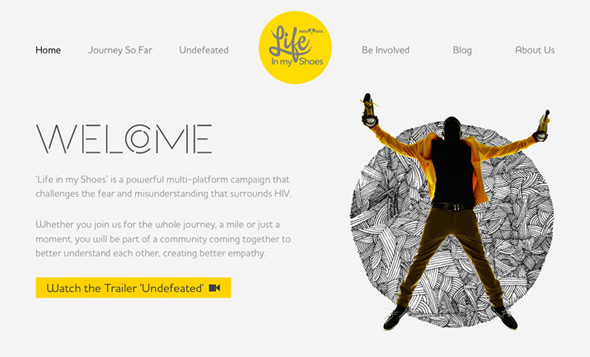 Life in my Shoes is Body & Soul's pioneering and powerful multi-platform campaign that challenges the fear and misunderstanding surrounding HIV in the UK. 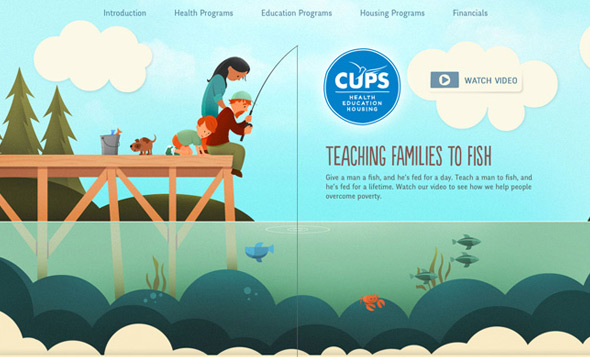 CUPS is a non-profit organization dedicated to helping individuals and families overcome poverty. 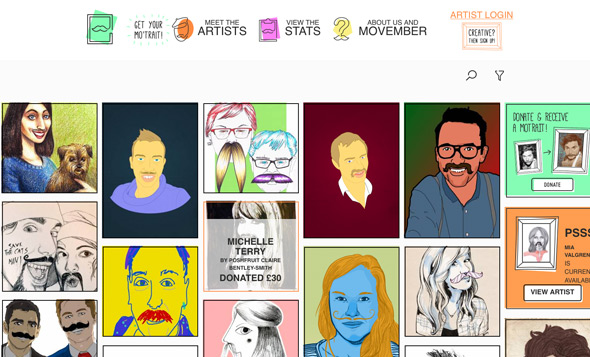 See the Gallery of Mo, and marvel at the magnificent ‘mo’s’ within. Donate to get your own portrait in support of Movember, the independent charity working to impact the face of men’s health. 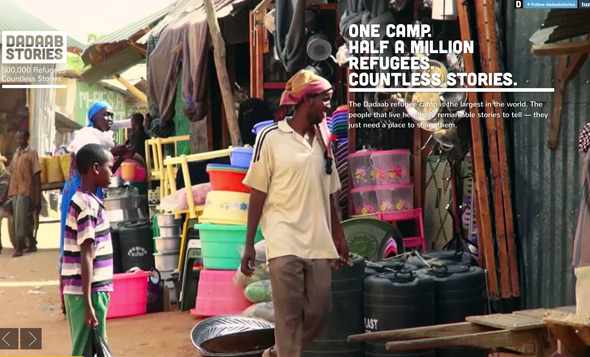 The Dadaab refugee camp is the largest in the world. The people that live here have remarkable stories to tell — they just need a place to share them. 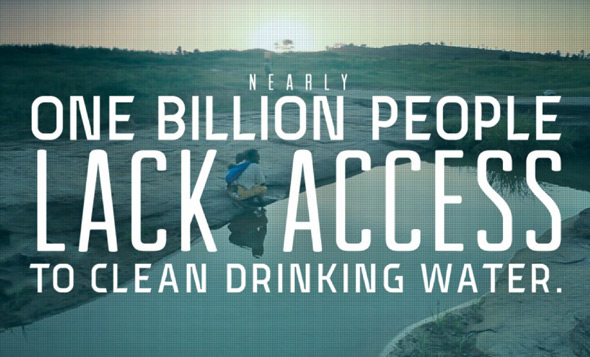 By Hole In The Roof

We are changing the world through clean water.

One For The Boys 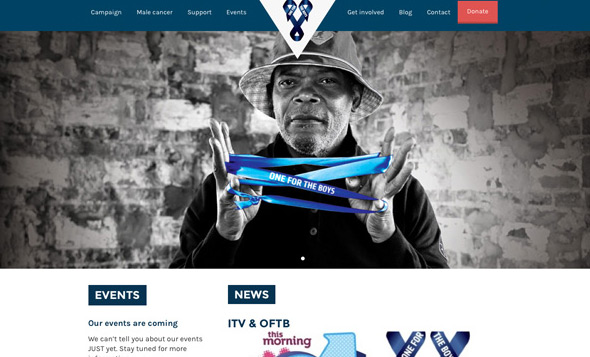 One For The Boys helps make men aware of the dangers of cancer and how to combat them. 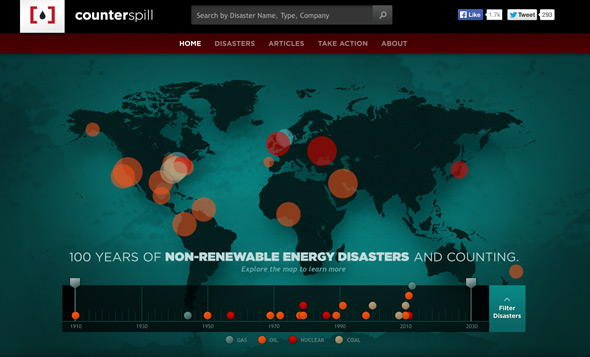 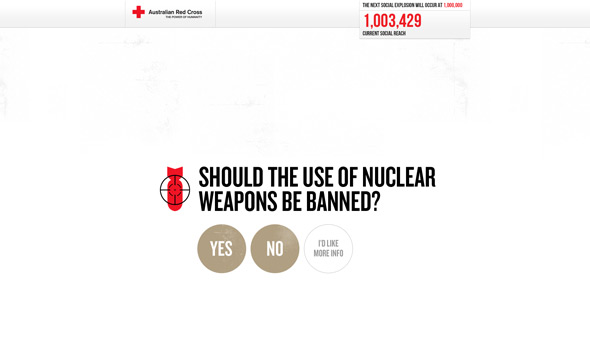 Australian Red Cross needs your help to ban the use of nuclear weapons. Nuclear weapons are capable of destroying the planet in a matter of hours. Not enough has been done to ban their use. 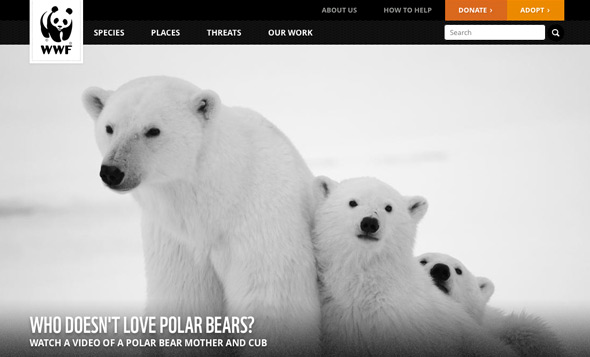 World Wildlife Fund is the leading organization in wildlife conservation and endangered species. Learn how you can help WWF make a difference.

Good for Nothing – Collaborating for Good 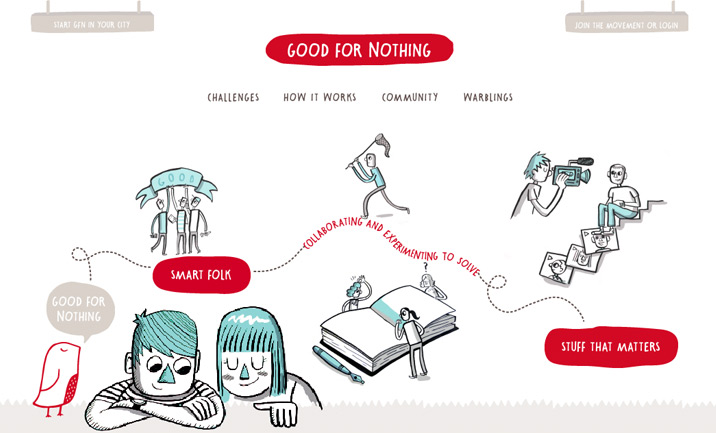 Good for Nothing, smart folk collaborating and experimenting to solve stuff that matters.

Too Young to Wed 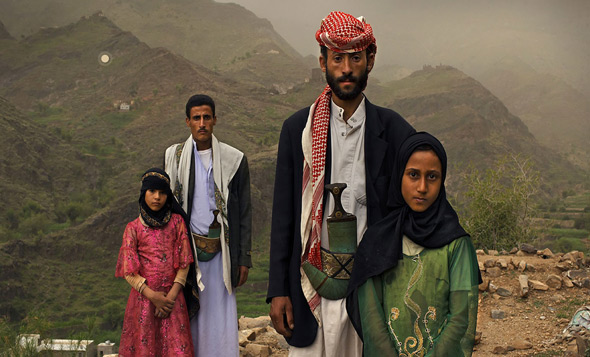 A multimedia partnership between the United Nations Population Fund (UNFPA) and premier photo agency VII, seeks to raise awareness of the practice and ultimately, to end it. 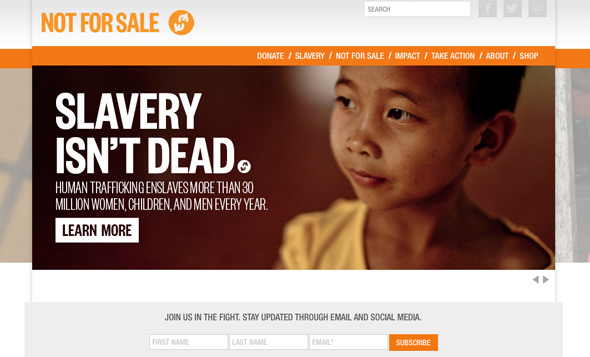 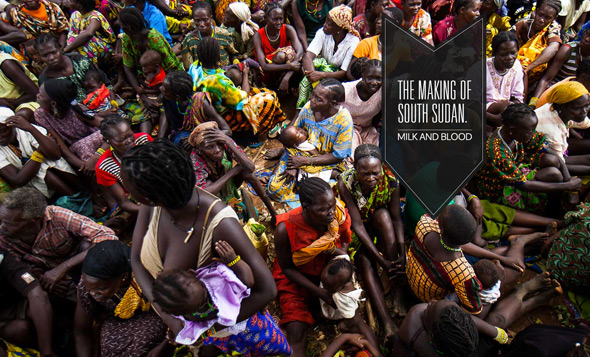 In South Sudan the Milk and Blood of cattle allows families to survive a brutal climate and often inhospitable land. Peace has brought much to this new state, but it has not ended conflict. When we came here to report on the birth of this new country we found both Milk and Blood. Help support independent journalism.