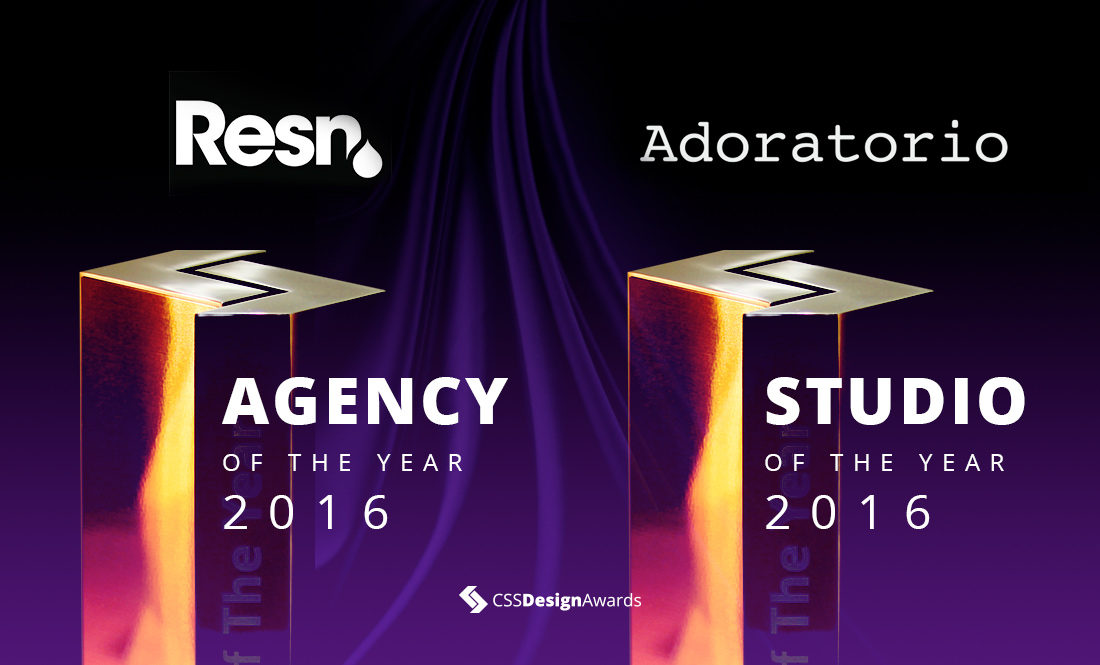 Designer of the Year (DOTY) is a special celebration honoring the skilled teams and individuals behind the incredible work that graces the showcase of CSSDA. It's a time to spotlight the amazing people that inspire us all.

Thanks to the sheer amount of talent out there we added extra categories to ensure that all those that deserve recognition receive the applause they so deserve. Further to this we have extended the power of our esteemed judging panel to encompass DOTY 2016 while also including the runners-up for each major award.

Enough talk. Please join us in celebrating the winners of DOTY 2016! 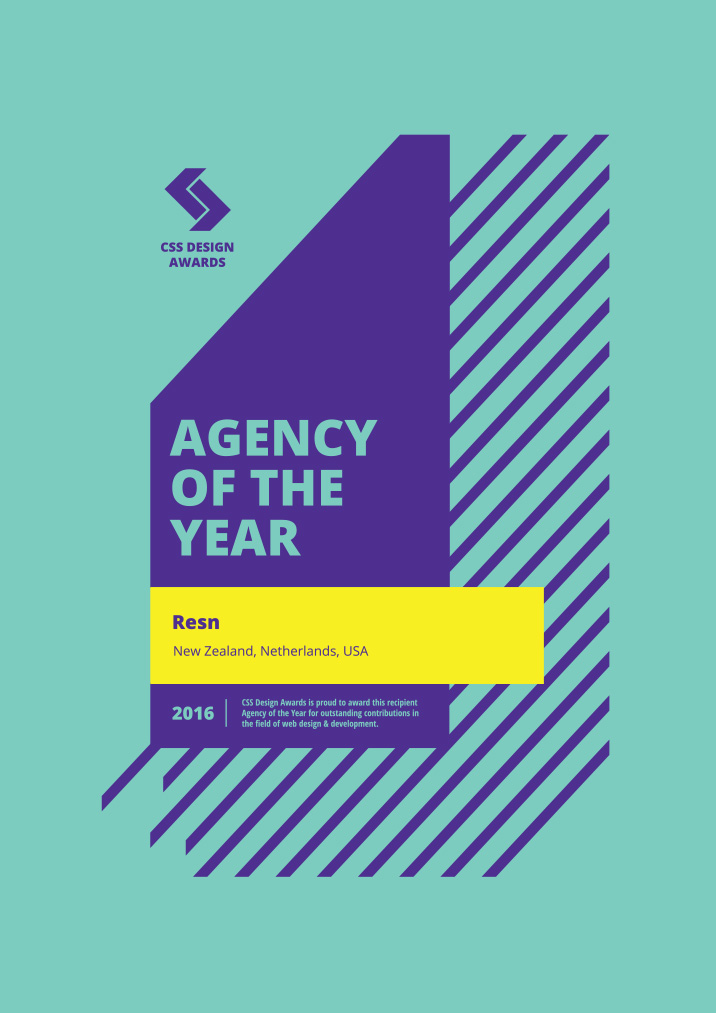 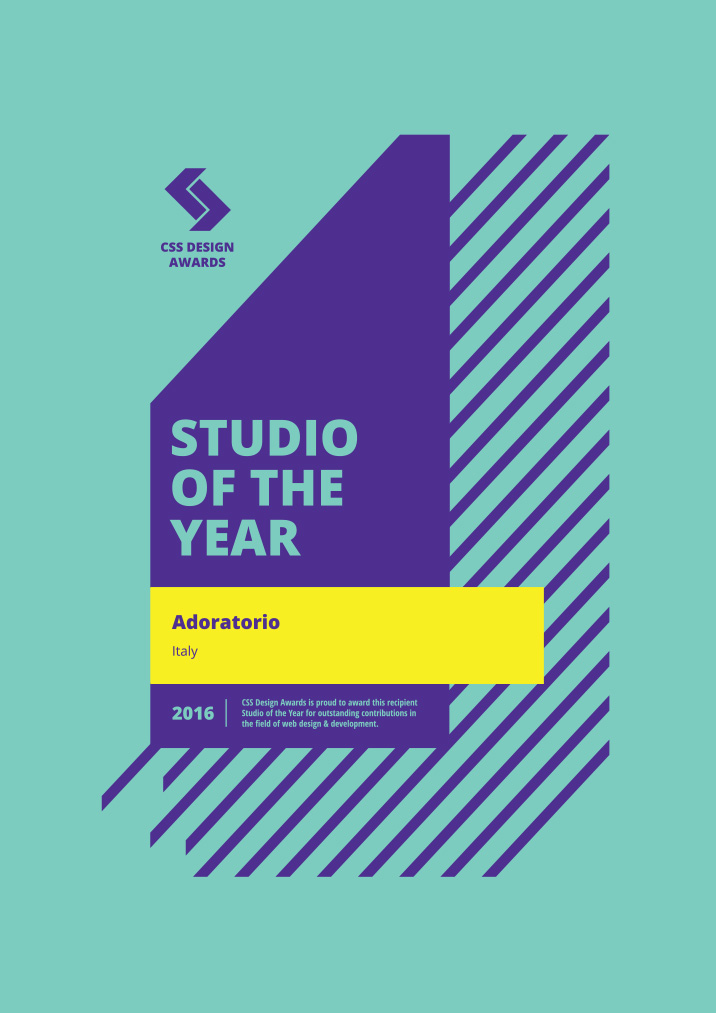 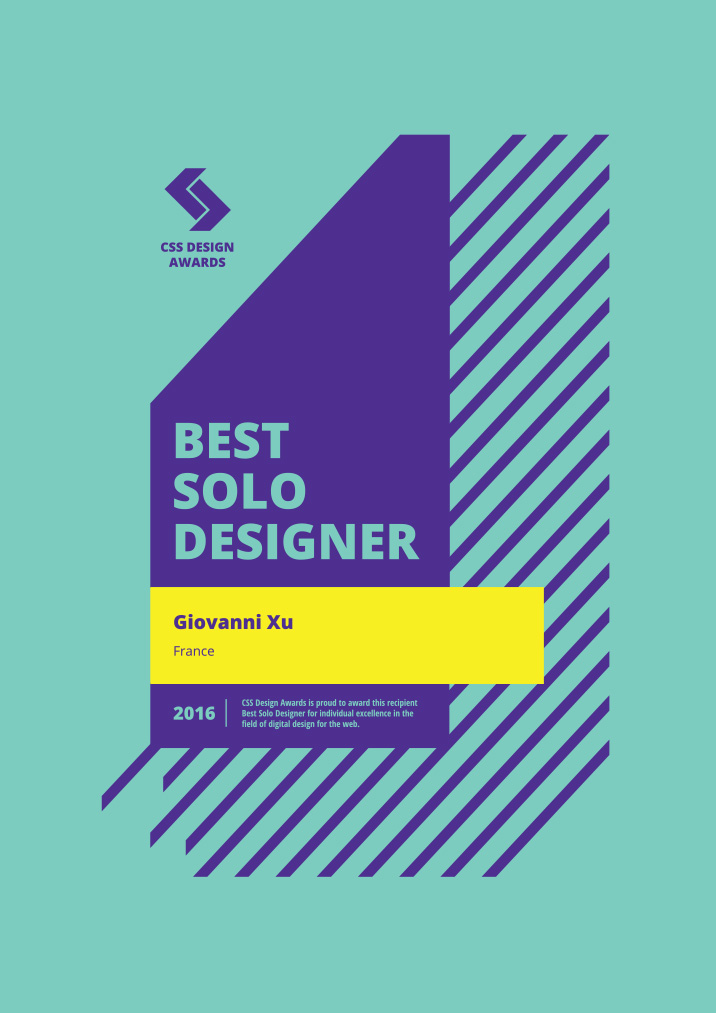 Best Visual Designer of the Year 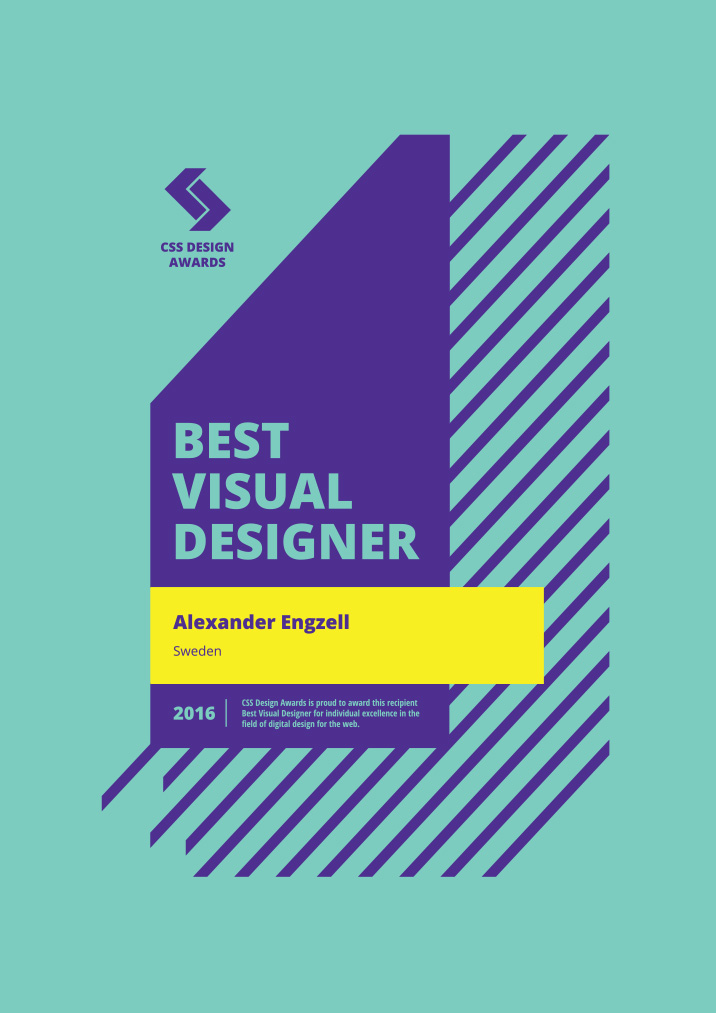 Best UI Designer of the Year 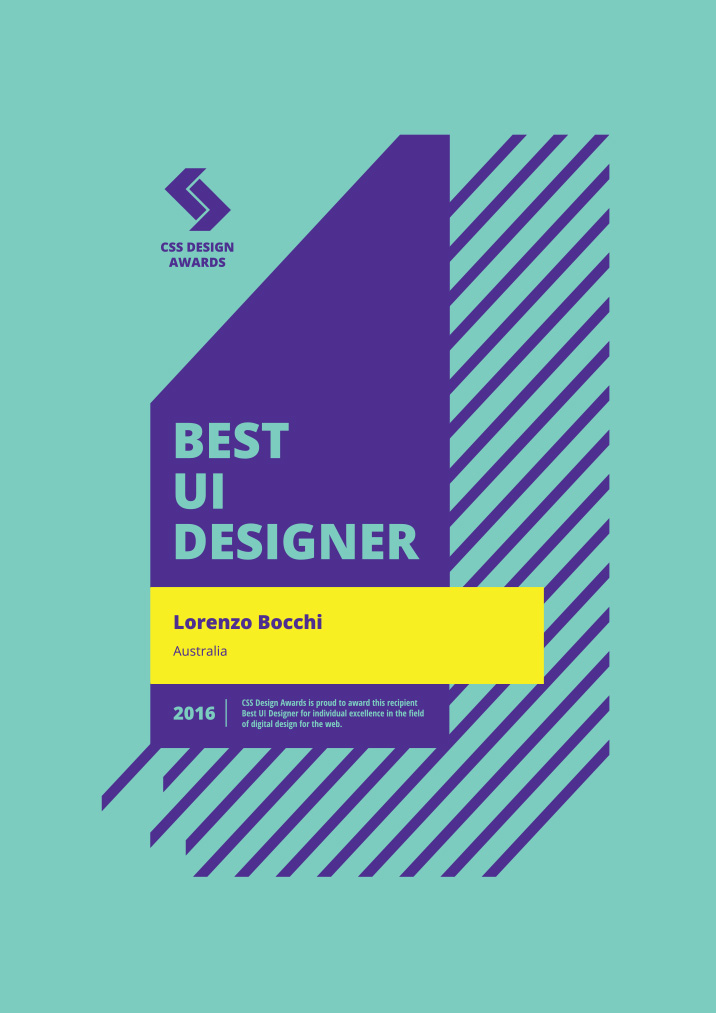 Best UX Designer of the Year 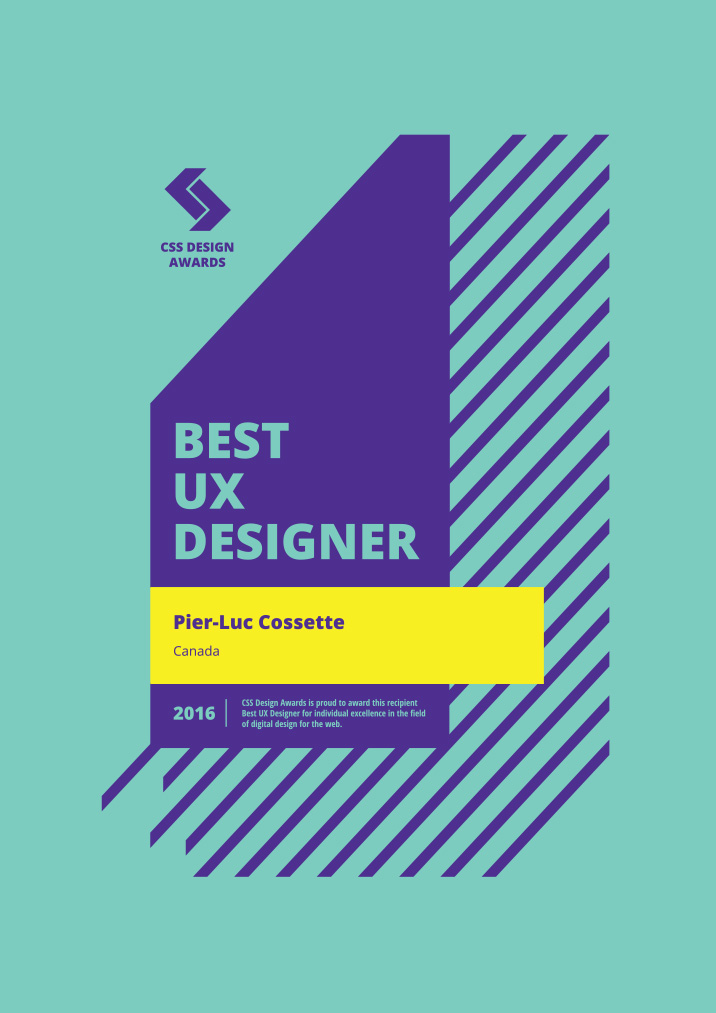 Best Front-end Developer of the Year 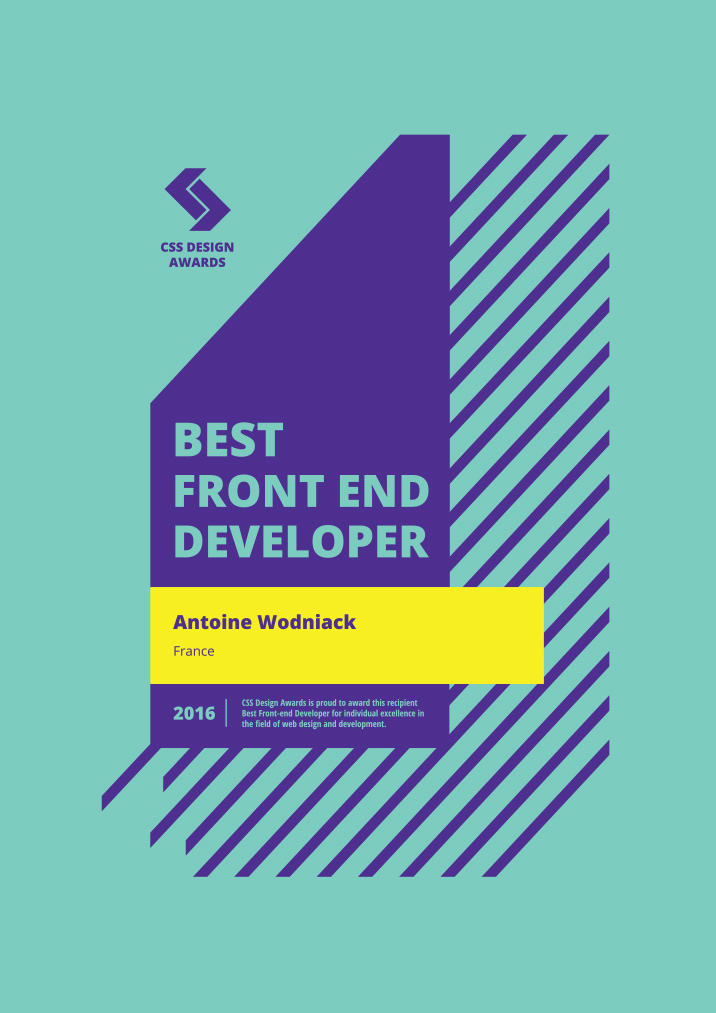 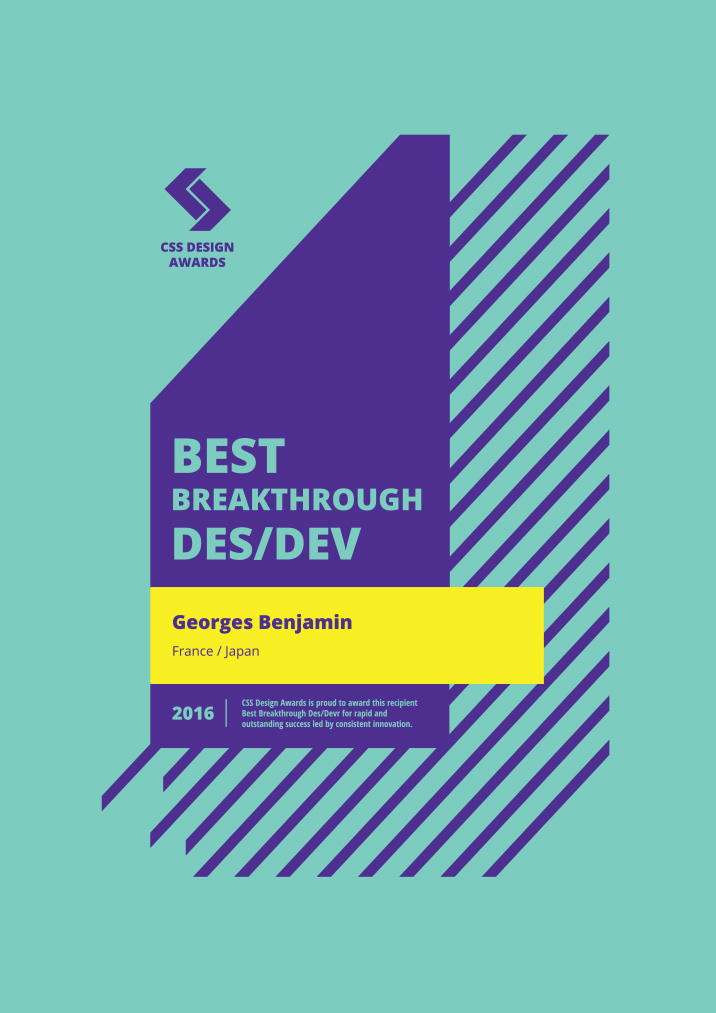 Best Breakthrough Studio of the Year 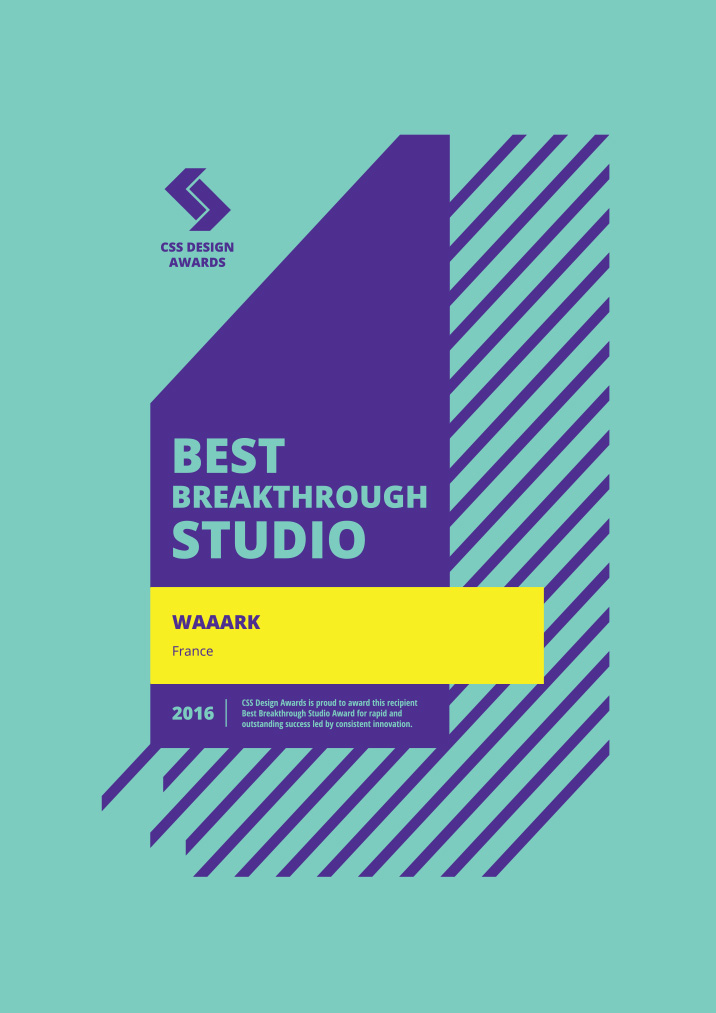 Best Emerging Studio of the Year 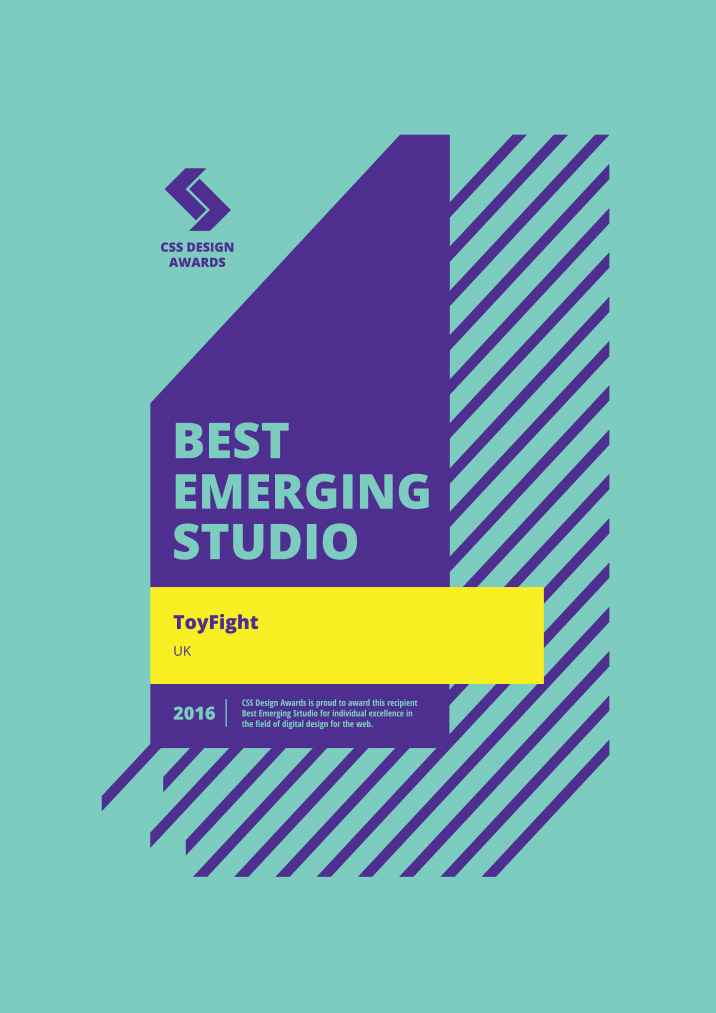 Where would the digital world be without experimentalists? Last year we thought it fitting to introduce a unique commendation that shines a light on the people that spend countless hours perfecting the little things that drive big innovation in the web design and dev industry. Best Code Wrangler is a special accolade for code-loving experimentalists.

DOTY Special Kudos will be awarded to select agencies, studios and solo designers / developers that impressed the judges and were close to winning in their relevant category. Certificates will be awarded in the coming days.

That wraps up the 2016 Designer of the Year!

Massive congrats to all winners and a huge thank you to the judges, community and fans!