by Brittany Klontz for ConcertHotels.com 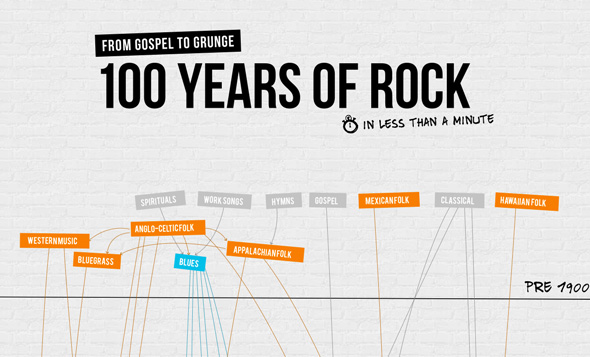 A timeline that creatively displays 100 years of the evolution of rock with audio samples from gospel to grunge.

2. Where Does Coffee Come From? 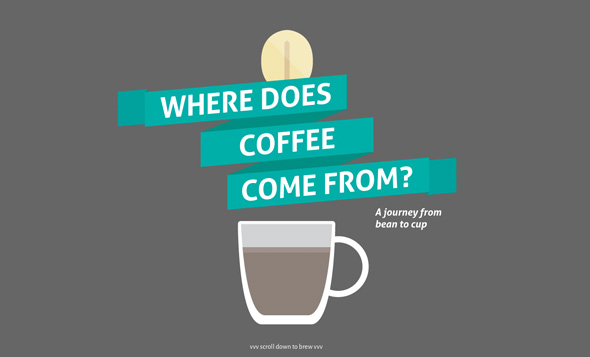 An interactive infographic that explores the visual representation of a coffee bean's journey from bean to cup. 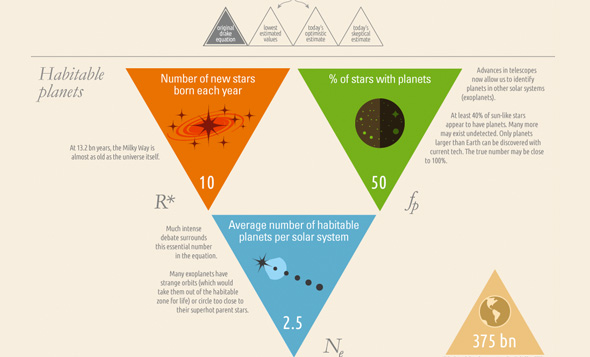 Calculate the number of possible alien civilizations in three easy steps with this clever interactive chart. 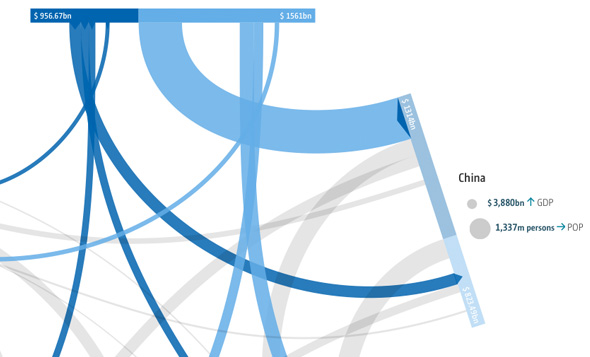 An excellent example of transforming something that sounds brain-numbingly boring into something cool. 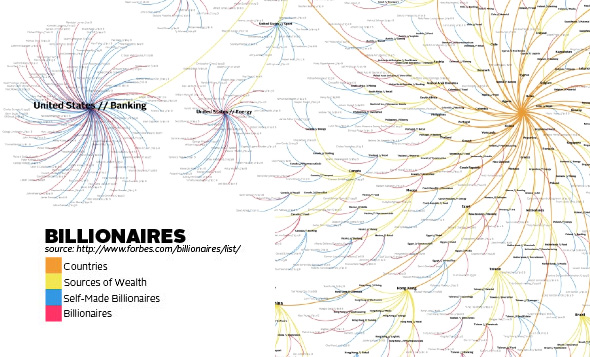 A very creative approach to visually representing the data for the famous Forbes' Billionaires List. 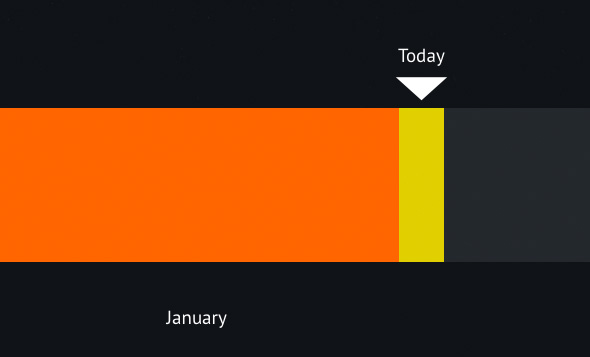 An elegant and creative way to look at time. 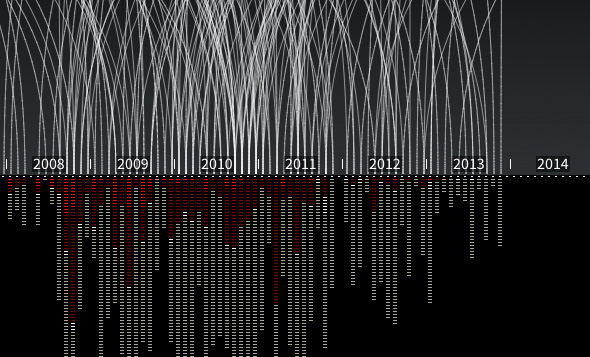 A visualization of all documented drone strikes in Pakistan since 2004. 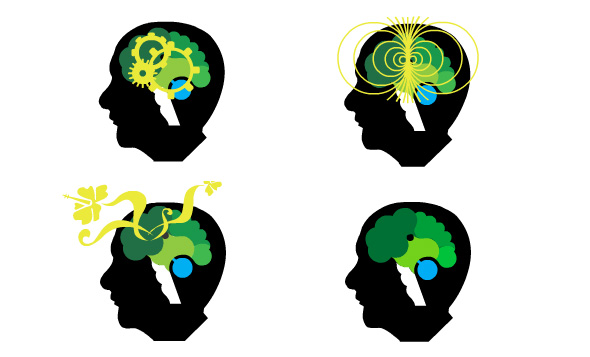 An Interactive questionnaire that simplifies one of life's most complicated questions.

A visual guide to startups, founders & venture capitalists. The Startup Universe displays and explores the relationships between startup companies and their founders and investors (Venture Capitalists) since 1990. 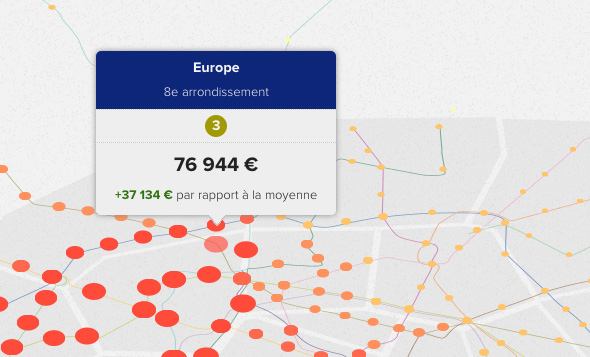 Nicely presented data on Paris and the Parisians localized through the metropolitan network.

by David McCandless and Tom Evans 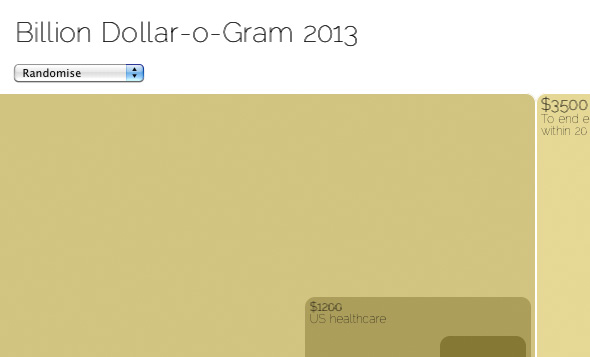 Explores the visual representation of how to spend 1 billion dollars.

Rollover the graphic to see who really runs the world. 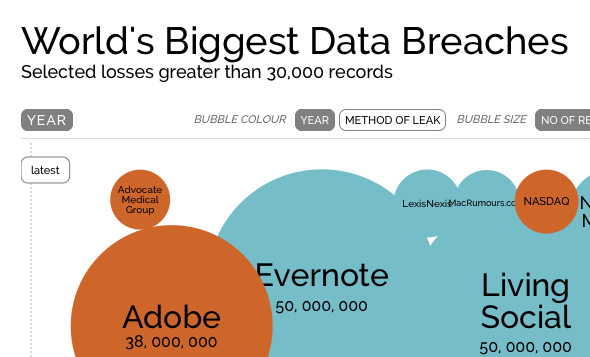 Selected losses greater than 30,000 records due to hackers 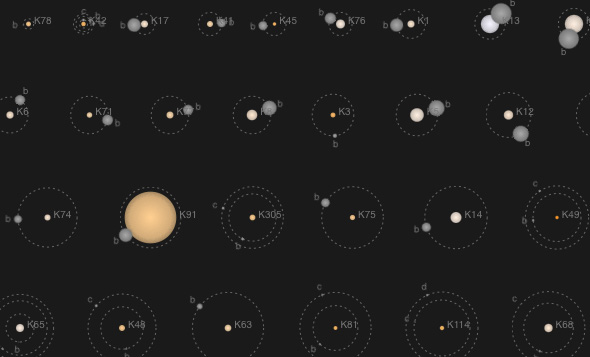 Here is the data from NASA’s Kepler mission that has discovered more than 190 confirmed planets orbiting distant stars. 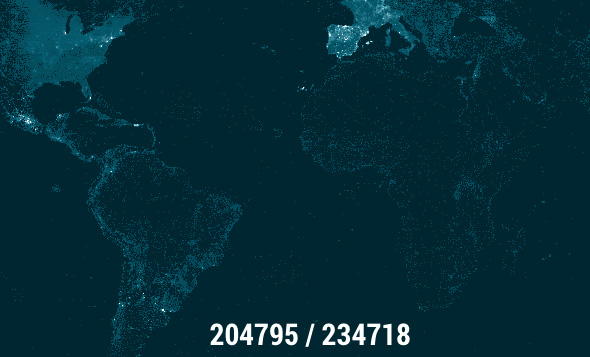 See the world through the eyes of Wikipedia 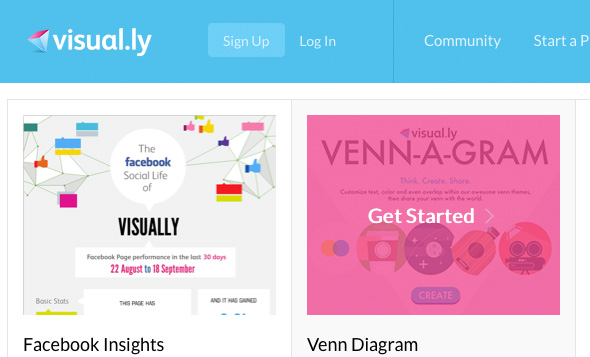 Visual.ly is a community platform for data visualization and infographics. 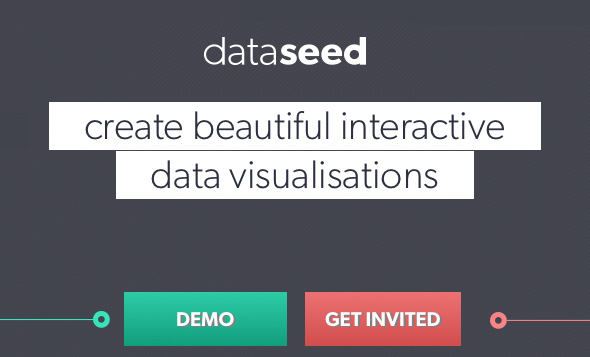 Dataseed is an open platform for data visualisation, exploration and analysis. 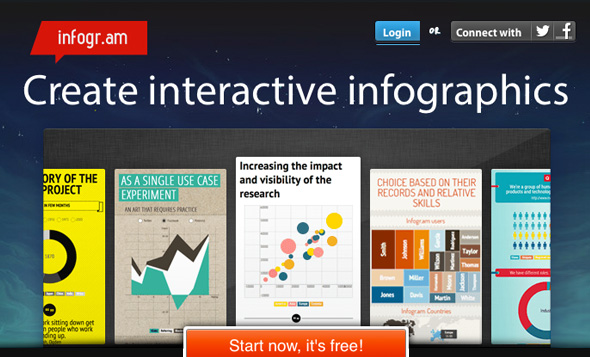 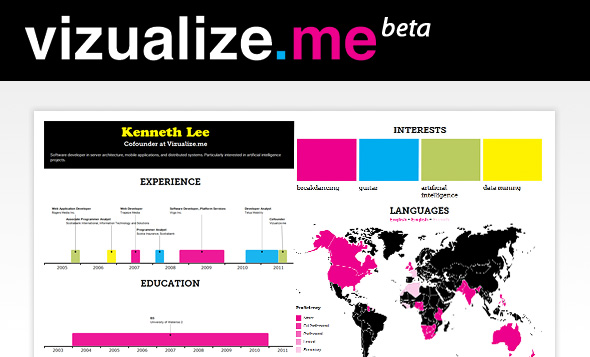 Convert your LinkedIn profile into a beautiful infographic in one click. 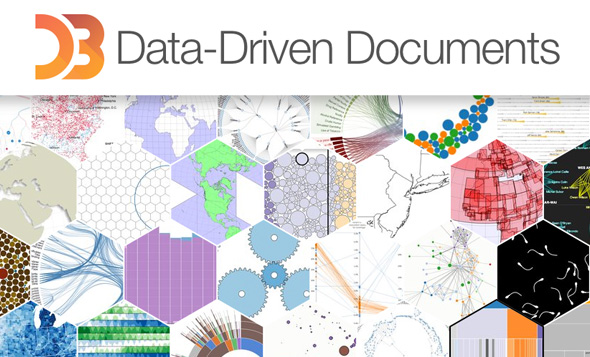 D3 is a JavaScript library for visualizing data with HTML, SVG and CSS.